DespiteBorders.com brings the opinions of Polish experts in foreign policy on its future in the case of the current opposition victory.

How do you assess the results of Polish foreign policy following the 2005 parliamentary elections? Has the government succeeded in the strengthening of the international status of Poland or has it achieved the contrary?

Roman Kuźniar (University of Warsaw): I find them negative. Polish foreign policy emerged from erroneous assumptions and was under incompetent control. The international status of Poland has deteriorated and has also been marginalised in fact. This happened due to the absence of a positive programme which was replaced by the idea of “harshness”. The policy bore a reactionary character and conveyed a negative attitude towards other opinions. The image of Poland has suffered quite a lot as well owing to interior policy and atmosphere within the ruling coalition.

Marek Cichocki (Natolin European Centre): I suppose that Poland has found itself in the stage of searching for its position in European politics and in the wider concept of security policy in general. As a large country it certainly wants to play an important role. However, it has to strengthen its possibilities to influence the international environment.

Antoni Podolski (Centre for International Relations): I would like to evaluate what Poland has really achieved and not the language or the way of performing the politics. We have definitely managed to reach unity in terms of European policy on Russia and prevented Russia from sparking dissension among the EU members. I perceive it a success that, at the Summit in Samara, the European Union took a joint stand on Russia and also took Poland’s side in its business conflict with Russia. The fact that the member states along with the presidency maintained that there is one EU and that the issue of one member is the issue of the whole of members can be considered a success. It might have been the same even in the past, but nobody did say it to Russia thus much overtly. The second achievement is that despite the incorrect language and style of politics the real position of Poland within the EU has not been impinged. In spite of the pressure exerted by the cabinet as well as opposition adherents, who called for a more rigorous attitude, a preliminary compromise in connection with the new EU treaty has been reached. At the same time the extension of the Schengen area was attained despite fierce anti-German rhetoric. The relations with Germany are complicated. The problem is to find out what Poland actually wants, namely, if there is an interior political problem, or a form of hysterics, or we have to deal with two different interests of two different countries. We have managed to improve the position of Poland in the East, but we haven’t improved the relations with Russia. In spite of the auspicious beginning they have got worse and the cold political and economic war lingers on. The misconduct in terms of the relations with the US emerges from the definition of such goals that aren’t feasible like, for instance, the abolition of visa for Polish citizens. However, the position of Poland as one of the most important US allies has been preserved and the government acts in accordance with the country’s strategic interests ignoring simultaneously the populist propensity to listen to the public opinion. 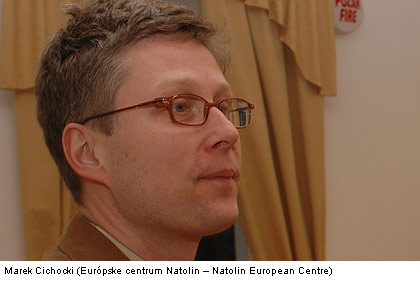 Can a more substantial change occur as far as the relations between Poland and the United States are concerned? Will the Polish attitude towards the US project of anti-missile defence shield extension change after the elections in the case that the present government changes?

Roman Kuźniar: I don’t expect such a development as regards the anti-missile base. The relations with the US will be formed by the foreign policy of Washington rather than the new attitude of Warsaw. Just quite small modifications are conceivable in a long-term prospect. This, however, might be a matter of a generation shift, i.e. the need to rid Polish foreign policy of the dreads and complexes.

Marek Cichocki: No. I think that there will be no change on the Polish side. The US remains an important partner for Poland particularly in the area of security.

Antoni Podolski: The attitude towards the US will change, since the US won’t be the exclusive positive partner of Poland in the case of shifts in the Government.

Are the changes in bilateral relations with Russia and Germany possible in such an instance?

Roman Kuźniar: I say yes as regards Germany, it will depend on Poland. As far as Russia is concerned, probably not. It will depend on Russia. If Moscow modifies its attitude to Poland, a change is conceivable, but it won’t come soon.

Marek Cichocki: It has been the greatest challenge for Polish foreign policy since 1989. Hopefully, following the Russian presidential elections there will be a moment which will be conducive to the restoration of Polish-Russian relations that are of key importance for the region of Central Eastern Europe. I think that as to the relations with Germany we necessarily head for more pragmatic stances.

Antoni Podolski: The relations with Germany are sure to change. Germany will be perceived as the most important partner of Poland within the EU. 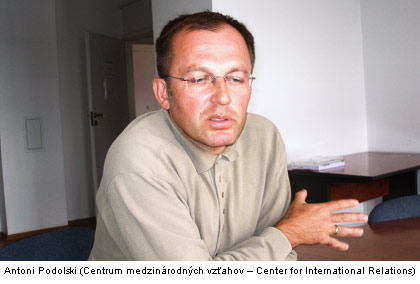 In the case of the change of the government after the parliamentary elections, is it possible to expect a shift in Polish strategy in the EU particularly in terms of the institutional reform and the sphere of joint foreign and security policy?

Roman Kuźniar: Yes. If Law and Justice (PiS) doesn’t return to the government, foreign policy will be pro-European. It will take into account the defence of interests, like is the case of other EU states, but it will struggle for the cohesion and efficiency of the EU in the international arena as well. As for the institutional reform it will support the mandate agreed on in Brussels.
Marek Cichocki: Polish political parties vary predominantly in rhetoric. One group speaks of the advocacy of Polish interests, the other one of dialogue. Practically, however, they do not vary so much as far as the questions of security and European politics are concerned.
Antoni Podolski: If it comes to the change of the government, the decisive clout as to the constitution of foreign policy will have Civic Platform along with left-centric parties, and thus the political style is sure to change. The determination won’t be confused with aggressive language and that will be crucial. The interests, however, will remain similar. Poland will be more predictable. Anyway, the important thing is whether the new government is stable and with a firm background, which will last for the entire four years, and if it is not forced to act immediately considering the prospect of possible early elections. Such an environment would cause to think of the multilateral and bilateral relations in a different way.