Adem Gashi is working as a researcher of the Kosovar Institute for Policy Research and Development (KIPRED), which is Kosovo’s leading political think tank. We have asked him for an interview on Kosovo’s parliamentary elections focusing on the Serbian political parties operating in Kosovo of Hashim Thaçi Democratic Party of Kosovo (PDK) and the movement of VETËVENDOSJE! (Self-determination!) of Albin Kurti. The interview done in January 2011 we publish unchanged.
Parliamentary mathematics in Kosova is very difficult. Coalition PDK and LDK in October was collapsed on personal disagreements; PDK is not willing to negotiate with VETËVENDOSJE!; then we have there seats of the Serb minority (10 + 3) and seats of other minorities (10 + 2). Can you compose functioning coalition in Kosovo?  What coalitions are possible? As far as I know coalition PDK and KKR was announced, unfortunately for parliamentary majority it is not enough.

It will be very difficult for PDK to compose a functioning coalition after a disrupted election process. Due to high level of fraud in 2010 parliamentary elections and the revote in January 9, 2011, the legitimacy of these elections is brought into question. The upcoming government will have to deal with a number of sensitive issues as Kosovo will go through some important processes during this and upcoming year. Furthermore, some high officials are already being investigated due to suspicions over their involvement in corruptive behaviors. Hence, PDK needs a strong ally in order to minimize the negative public effects which have been and will be produced by these processes. The internal party conflicts in every political party in Kosovo will represent another challenge to form a functioning coalition.
North Kosova Serbs boycotting elections. On the other hand Serbs living in other parts of Kosova participating in vote actively. Why are there such wide differences in their attitudes to the polls?  What is leading the second group of Serbs to vote actively?

The boycott of this election is a clear strategy of the Belgrade government for partition of Kosovo. This policy which has been in Belgrade’s hidden agenda for a long time has now been made public with the clear message that Serbia’s president Boris Tadic sent to Kosovo Serbs. The North Mitrovica continues to be influenced by Government of Serbia hence boycotted the election. Serbs in other parts of Kosova have representatives either in the local government or central government which shows that their attitude towards elections is different because they have already someone representing them in Kosovo institutions.

One of the leading Serb political party Samostalna Liberalna Stranka (SLS) is accused in the press that it has very close to Hashim Thaci. In the Internet rumors are circulating that Hashim Thaci has donated SLS approximately 800,000 Euros to buy the Serbian votes. SLS was tainting elections allegedly. Really? What is the nature of relationships between SLS and Hashim Thaci? Is possible that SLS will go into coalition with PDK? Who is cooperating with SLS in Assembly?

SLS has been part of the governing institutions and this has contributed for them to have the needed resources and the needed public profile to win more votes in the elections.

How do you judge activity Srpska Demokratska Stranka Kosova i Metohije? Who is cooperating with SDSKiM in Assembly?

Serbian political parties have different platforms regarding the issues of Kosovo Serb population. While some of them are committed to work with Kosovo institutions, some others are still seen as close to Belgrade. The direct impact that elected representatives of some parties that participated in earlier elections in Kosovo had in the Serb population has surely affected the election results. Some parties were in advantage because they were part of the system earlier and had the opportunity to show they can deliver concrete results to Kosovo Serbs.

Let you describe shortly activities and cooperation of minority deputies (non-Serbs) with other parties (Albanian and Serb) in the Assembly.

Serb MPs have been consistent in their stances and very active when it came to issues related to the wellbeing of the Serb population in Kosovo. Just like in every other parliament, MPs were more aligned due to their issues and policies rather than due to their ethnic belonging.

In the elections VETËVENDOSJE! grabbed third place – it got approx. 12 percent of the votes. How can you explain this tremendous success of VETËVENDOSJE! when got directly from the streets into Parliament?

VETËVENDOSJE! started as a movement five years ago in 2005. Since then VETËVENDOSJE! has been actively working in the field. I would say that it is premature to say that they got the votes coming from the street. Yes VETËVENDOSJE! did protest on the street but it represented quite large number of people who could relate to issues that they tackled such as corruption, poverty, issue of uniting with Albania. The results are not a surprise, albeit that some of the votes they got could be rated as votes of anger and votes in response to the lack of development in Kosovo in general.

This refusal statement was done by both sides VETËVENDOSJE! and PDK. VETËVENDOSJE! is not against the European integration and Euro-Atlantic orientation. VETËVENDOSJE! as a movement refused to see and to have the international community leading Kosovo politics. Although throughout time their approach changed and they see now the international community as partners but not as rulers of this country. They, however, have very different approach to many important issues from the EU partners of Kosovo.

Albin Kurti has declared that he will not go into coalition with Thaci. Why?

VETËVENDOSJE! declared from very beginning that will not work with any political party that has members who are involved in corruption and have failed to build a sustainable state. It is not only with Thaci, it is with any other political party who was in power.
Please, try to analyze briefly relationships between VETËVENDOSJE! and Partia Demokratike e Kosovës.

No relationship. VETËVENDOSJE! used to be very critical voice against the government and against the processes such as privatization and decentralization.

After the December elections Muharrem Xhemajli has accused VETËVENDOSJE!, that has contacts with the Serbian secret service. Albin Kurti responded that by this false claim Hashim Thaci wants to steal VETËVENDOSJE! votes. Do these allegations have any real basis? Could these allegations affect to the re-election in few municipalities? What are the relationships between Muharrem Xhemajli and Hashim Thaci?

On the other hand, Kurti is actively using Thaci scandal concerning alleged smuggling of organs of Serbs during the Independence War. Is it only part of the pre-election fight? Please describe shortly relationships between Kurti and Thaci (including personal ones).

Kurti, but not just Kurti in this case, is asking from the current government and Thaci to take actions and create the environment and/or invite an independent investigative commission to investigate on the data given in the report. This is not just a pre-election fight, every single critique that comes from VETËVENDOSJE! or any other political party concerning the report are voices that are asking to clarify and finalize this case. 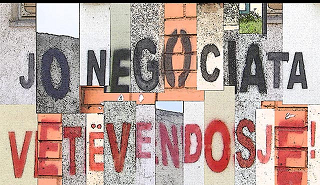 How you judge VETËVENDOSJE! relationships with other political parties that got into Parliament in December elections? Does VETËVENDOSJE! have the coalition potential?

VETËVENDOSJE! has been clearly against the way that political elite in Kosovo has been handling the processes in the past. Hence, VETËVENDOSJE! does not seem to have any close relation with any parliamentary party and it has already declared that it will stay in opposition.

Florin Karasniqi  is a Kosova origin U.S. businessman. He is well known for his activities during the Independence War. He is also sponsor of VETËVENDOSJE!. Despite this fact he gained absolutely ineligible 41st place on ballot. Why? What role he is playing in VETËVENDOSJE!? Does he have any post in the presidency of VETËVENDOSJE?

VETËVENDOSJE! is registered as a civic initiative thus for they are not obliged to have a formal structure. They arranged the list on alphabetical order so there is no conspiracy regarding his placement on 41st place.

In the beginning of election campaign William Walker attended an AKR gathering. After that he was seen only with VETËVENDOSJE! and he made it clear that according to him Kosovo lacks functional governing institutions. VETËVENDOSJE! has raised the same issues that Mr. Walker is trying to raise.

Many times Albin Kurti has said that the continuing existence of UNMIK mission undermines Kosova’s sovereignty and due to this reason sovereignty is only form without substance. Let you clarify me this thesis. What does it mean?

ICJ concluded that declaration of independence by Kosovo did not violate general international law, Security Council Resolution 1244 (1999), the Constitutional Framework, or any applicable rule of international law. Kosovo Constitution does not foresee any supervision by UNMIK, nor did the Kosovo Assembly ask for such a mission. The UNMIK mission continues to be present but not operational in Kosovo. Its presence is not justified as due to lack of operational capacities this mission has no significance and thus for it should be terminated.

Before the December parliamentary elections Albin Kurti had said that if VETËVENDOSJE!  grabs victory in the elections it will annul the Ahtisaari plan, under which the country declared independence and it will change the constitution so that it will correspond to will of the people. Albin Kurti had argued that the Ahtisaari plan will change the country to an artificial state, in which ethnic groups would live in isolation. What specific changes in the Constitution Albin Kurti has in mind? As far as I know he wants to abrogate completely Article 1.3 of the Constitution, according to which Kosovo shall have no territorial claims against, and shall seek no union with any State or part of any State. What else? How Ahtisari plan is meddling to his intentions? Do you think that these measures will be politically feasible in Kosova?
No comment.

Albin Kurti has quite reserved attitude to the Kosova institutions – he is blaming them that they are negotiating with the wrong side. Instead, Belgrade they should negotiate with Tiranë to establish a common Albanian state. According to you is international community ready to accept this measure (creation of common state)?

Kosovo is an independent and a sovereign state with a modern constitution. This constitution foresees that there should not be any partition of Kosovo nor any unification with any other country. In order for any political project to be promoted, this constitution needs to be changed first.

Belgzim Kamberi defends the idea that Presevo Valley should be the object of territorial exchange between Serbia and Kosova. Do you think that Kosovo and Serb governments will be willing to change the Valley for example for northmost Kosova regions and Serb populated enclaves in Kosova?

This territory of Kosovo has not been shaped in 1999, nor in 1989, but rather these borders exist for many years. With the ICJ approval and Serbia’s path toward EU, the stability and sovereignty in whole territory of Kosovo is just a matter of time. On the other hand international community is not willing to reopen a never ending chapter which would be swapping territories in Balkans.

For example, demarcation of today’s Kosova -Montenegro border took place under the direction of the Yugoslav Army. Do you think that Montenegro voluntarily cedes Albanian-populated areas to Kosova?